Trending Now
The Basics of Starting and Running a Company
Pressure Washer Marketing Tips to Attract More Customers
How to Start A Successful Boutique
Choosing The Right Clothing Manufacturer From The Internet
How To Order Your Custom Stickers?
Points To Note When Choosing A Wholesale Hair...
What can affect the price of injection molding?
Essential PCB Services Administered by NextPCB
How To Import Christmas Decoration From China
A Guide When Buying A Video Conference Camera
Business 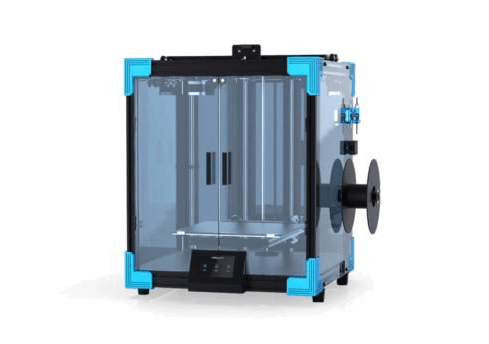 Ender 6 is a super-fast and versatile quality printer that comes from the bosom of Creality where high-performance printers are at its peak. Unlike its predecessor, this printer is classic looking, prints even bigger sizes, produces lesser noise, requires low maintenance, and possesses a versatile and intelligent brain. The newly launched printer is already selling out due to the following unique attributes:

This printer prints output at the speed of three times than other competitive products which includes even some Ender printers. Hence, it saves time while producing good output, with a precision of 0.1.

If power runs out or an error in the filament occurs during a printing process, the printer’s sensor pauses the process and beams a blue light to indicate a warning signal. Later on, the printer supports the effective resumption of the undone prints when all has been stabilized, thus saving time and materials.

The printer is capable of carrying out large prints steadily and quickly, thereby making all possible imagination printable with high quality. This satisfies the needs of those that have large prints to make in good precision, various colors, and materials.

The motherboard chip used in this printer makes little to no noise and vibrations while printing. The interface is a touch screen with HD color and supports various languages and function while also being easy to comprehend.

The printer has a metal outlook and a glass platform that depicts elegance and durability. The wiring is neatly done, and the machine requires little maintenance despite its magnificence.

The platform has abilities to speedily up heat up, which provides better adherence to the prints and improve its smoothness.

This features CoreXY, which is the base of the printing system. It also has a bed that is mobile for printing and which increases the speed level of printing.

Creality is based on making products that meet high performance alongside the demands of the people and Ender 6 is not an exception as it is a uniquely composed printer in these series. It is suitable for a wide range of persons and institutions. Furthermore, its unique characteristics make consumers want it more. It is also exceptionally three times faster, while also producing smooth prints and fine details. It is classic when it comes to looks, has a unique interface that supports many languages and produces little noise while in operation.

The Most Reliable Sculpting Supplier

The processes involved in the fulfillment of your orders